At the point where the North and South Branches of the Miramichi River converge lies the nationally recognized and protected heritage site with a panoramic view. Make your way to the end of the Enclosure Road where you will find a hidden little gem in the form of Wilson’s Point Historic Site. The Earliest English speaking settlers (Scottish) who arrived in 1765 lived, socialized, did business and were buried here. Their history is lovingly preserved by The Scottish Heritage Association Miramichi who have restored the original grave sites including that of founding father William Davidson, the historic walking trails, installed a wharf, trading post and built an interpretive center. Wilson's Point Historic Point not only contains the Scottish Ancestry of the river, but also has great archeological significance and deep rooted connections to the Mi'kmaq peoples, as well as, the French, Acadians and Loyalists who have  all helped establish the rich history of this beautiful river region dating well beyond three thousand years.

Looking for something to brighten your home after the holidays or would love an artistic view of the river to cherish as a family heirloom? Drop by Carrefour Beausoleil to check out our Artist in Residence Cathleen Richards Green and her fellow artists from the Miramichi Art and take home one of these gorgeous paintings or more.These and more of my work on display/sale at ARTcadiene Gallery, Carrefour Beausoleil through March 16th…
And much much more…from 12 Artists of the Miramichi Art Core group. Open daily…free admission. ... See MoreSee Less

Are you trying to beat cabin fever and the winter blues? Enjoy food, adventure and history? You have to check out this event! Space is limited don’t miss out 😊Announcement!!! 🚨 PLEASE SHARE!!
MIRAMICHI HISTORY NIGHT🎩 Traveling Dinner Theater!
•
FEBRUARY 18th - $75 per person.
Enjoy a unique evening learning and visiting four historic sites within our community; Historic Beaverbrook House, Queen Elizabeth Park, Kin Center, and Seamens Hospital.
•
FOR MORE INFORMATION VISIT > bit.ly/3kMuJ6T
•
REGISTER HERE > bit.ly/3JmgT5h
•
With the overwhelming success of this past falls Headless Nun Tours, and the Haunting of Newcastle Manor the same cast and crew have partnered with Headwaters Miramichi and developed a new way for you to enjoy the rich history of the Miramichi. Due to the ‘time traveling’ nature of the event (and a few site limitations) guests will register to one of three historic sites to begin their journey through time. Each site visit will last 75 minutes, and you will be assigned to a bus and chauffeur for the evening. Once the evening is concluded, your bus will return you and your group to your first site visit and back to your vehicle. Transportation, food and non-alcoholic drinks included.
•
EVENING MENU
Appetizers: Local food tasting spread
Light Meal: Fricot & Bun
Dessert: Choice of Molasses Cake or Bread Pudding
(dessert choice is made at time of registration)
•
“A UNIQUE DINNER THEATRE EXPERIENCE AT EACH HISTORIC SITE”
•
LIMITED SPACES AVAILABLE!
FEBRUARY 18th - $75 per person.
REGISTER HERE > bit.ly/3JmgT5h
#dinnertheatre #miramichinb #headwaterstrading

Under a canopy of 300 year old pines you will find a replica of the  St. James Presbyterian Church that once stood on the grounds from 1790-1838 and was considered the "Westminster Abbey" of the Miramichi. The is replica houses the interpretive where knowledgeable tours guide are staffed from daily from mid June- late October. The grounds are open year round and offer over 6km of newly restored walking and cycling trails, that are often utilized in the winter with snow shoes and skis. The area has a vast ecological environment and is home a large variety of stunning wildlife including bald eagles. You will also find a log trading post that has farming and lumbering implements on display, a historical cemetery dating back to 1781 where many of the first settlers are laid to rest and you can access the beautiful boat dock and unsupervised beach easily with two separate stairways. There are out door washrooms and plenty of picnic areas to enjoy an afternoon with the entire family. Stunning views, history galore and so much more awaits. 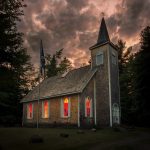 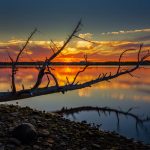 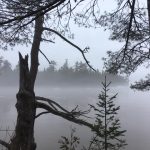 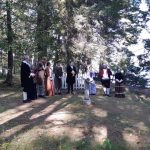 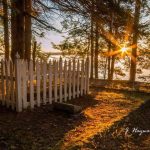 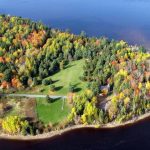